I sampled, I was sampled: what does that mean?

Music sampling is a practice that has led to many hits, and not only in rap, with which it is most associated: among a thousand other hits, we could mention I'll Be Missing You by Puff Daddy, released in 1997, which uses Every Breath You Take by The Police, or the Daft Punk who sampled Release the Beast by the group Breakwater, to create Robot Rock in 2005.

Despite originally being widely decried as stealing, the technique is now part of a common vocabulary shared by all music creators and enthusiasts. It’s even a game for some people, who share their findings on whosampled.com, so why not dig into it to find out who samples what?

Our intention here is to tell you all you need to know for worry-free sampling: what it is, its origins, and under what conditions it is allowed. Ready? Let’s go!

What does sampling mean?

Sampling is the process of capturing an existing soundbite and then reworking it – for example, speeding up or slowing down its rhythm, changing the instrument used to play it, making it higher or lower – to make it your own before incorporating it into a new piece of music.

This technique should not be confused with interpolation, which consists of replaying certain existing passages in the studio with the same machines and musical instruments, nor with beatmaking, where an instrumental is created, although a sample can be a component of this.

We can simplify matters by defining two main types of sampling:

Sampling is capturing an existing soundbite and then reworking it before incorporating it into a new musical composition.

What are the origins of sampling?

Technically speaking, sampling was originally a demonstration of resourcefulness, tinkering with magnetic tapes, and unusual musical ears, before it began to evolve along with the technological tools that made this possible. The commercialization of tape recorders in the 1940s, the appearance in 1963 of the mellotron, which enables the playing of looped sounds, or its modern version – the MPC – are reference points along the way.

However, official music history is that the practice emerged in the 1970s from the cultural crossroads between Jamaica and the Bronx district (New York), where the immigrant population set up walls of music speakers in the street to party. In these block parties, DJ Kool Herc invented the cut or break – moving from one record to another, using rhythmic loops as transitions. In the same period, artist Lee Perry mixed the instrumental parts of existing tracks before overlaying his rap and kung-fu movie dialogue.

The first commercial sample dates from 1979, when The Sugarhill Gang released Rapper's Delight using excerpts from Good Times by Chic. It gave rise to a legal battle, given the wide distribution of the two tracks and the financial interests at stake. Many people who sampled and others whose work was sampled then began to oppose one another, some defending their creative spirit while others denounced an artistic imposture.

Nevertheless, sampling as a creative method took off, accompanying the rise of hip-hop in the 80s, and gradually becoming commonplace. If you are intrigued by its history, we invite you to journey through it in 3 minutes, thanks to this well-made video.

Music sampling is a typical characteristic of hip-hop. The practice emerged through cultural exchanges between Jamaica and the Bronx neighborhood of New York in the 1970s during block parties, as DJs began playing one piece of music and then another, breaking from vinyl to vinyl.

Am I allowed to sample someone else?

Anybody has the right to sample anything, as long as the person who samples asks for authorization from the one who owns the copyright on the sampled piece, and the latter gives his agreement. Different contractual arrangements are possible. You can pay a one-time fee, or pay royalties for the broadcasting of your song, depending on what the songwriter or the copyright holder of the sampled music grants you. This process is known as “sample clearance”, and if you don’t respect it, you risk, at worst, a lawsuit, as sampling without prior permission is a crime, and, at best, being forced to remove your sounds from the distribution platforms.

There are cheaper ways to sample: use sounds that are in the public domain (whose authors died at least 70 years ago) or available in online sample libraries like Tracklib and Splice. There is also Creative Commons, which will be discussed in a future blog post, so we’ll put that aside for the moment.

You can sample anything, as long as you ask permission from the songwriter and/or other copyright owners from whom you are borrowing the original song before you release your own creation. This permission can be in the form of a royalty share or other financial compensation from you.

How do online sample libraries work?

When you post your music on Splice, and if you are affiliated with a Collective Management Organization (CMO) or a Performing Rights Organization (PRO)/Mechanical Rights Organization (MRO) that takes care of your copyrights, you will need to notify it that you grant a royalty-free license to Splice and/or Tracklib. Same thing when you have already granted your rights to a producer, except that you need his written consent to share your work online. If you don’t share your rights with anyone, you don’t need to tell anyone.

A royalty-free license means that you give up your patrimonial rights (which include remuneration for the distribution of your work) forever, everywhere in the world, and irrevocably (you can’t change your mind). The same goes for your moral rights, as you have no say in how your creation is used. Nevertheless, it’s a way to ensure your work is cleared. Splice pays you a sum of money proportional to the frequency with which your audios are downloaded.

At Tracklib, you usually have to be represented by a producer or a publisher to share your creations. The contract is therefore signed between the company and these people, not directly with the songwriter.

Using other people’s creations with Splice

The concept of Splice is the following: you pay a monthly subscription fee (from $9.99 to $29.99), and in exchange, you get access to samples such as piano or snare loops, which you can work on directly through your account to create your own music, inviting other users to collaborate if you wish.

Since samples are royalty-free, you can distribute them as you like. That said, you can’t take one found as is on Splice and then try to sell it on a sample library, as the basic principle is free sample sharing. So make sure you own the sounds enough by transforming them and integrating them into something new to avoid legal issues, the most common of which is takedown. In short, you don’t have the right to broadcast a sample exactly as you find it, and the goal of the game is to stimulate your creativity.

The platform works on a credit system. You accumulate credit according to your subscription and spend it according to the duration and the number of samples you exploit. Also, the more you pay, the more music editing tools (plug-ins) and online tutorials you get.

Using other people’s creations with Tracklib

On Tracklib too, you pay a monthly subscription to access a library, but this one is composed of whole tracks, not royalty-free samples. So the logic is different, and you are invited to create your own samples from these tracks.

Since most of the tracks are not royalty-free, Tracklib offers a licensing service which you buy individually, in addition to your subscription, to facilitate the legal part. In summary: you search for tracks on Tracklib, you find the bits you want to work on, you download them, then you sample them and buy a license to distribute your track. This license defines the sharing of copyrights between you and the copyright owners according to the track and the number of seconds you use ($50, $100, or $1,500, although 90% of the tracks that make up the library cost $50).

You can use online libraries like Splice or Tracklib to find samples. Each service has different types of offerings to facilitate your creativity. 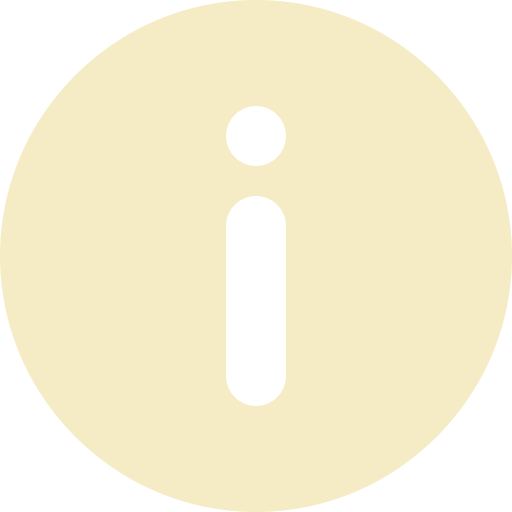 Sampling is taking an existing soundbite, reworking it, and then incorporating it into new music. You can sample anything, as long as you ask permission from the songwriter and/or other copyright owners from whom you are borrowing the original track. You can use online libraries such as Splice or Tracklib to find samples. 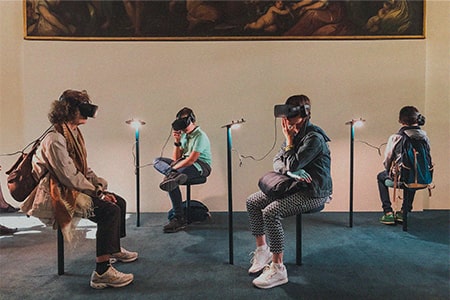 5 Questions about Money and Music Rights in the Metaverse

Our founder Jocelyn gives you his vision of the evolution of music with web3. 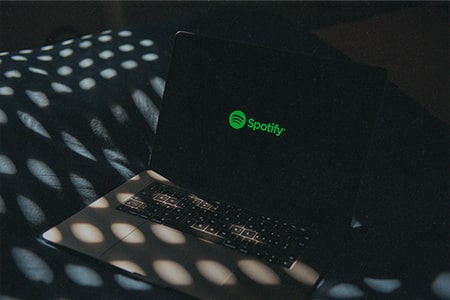 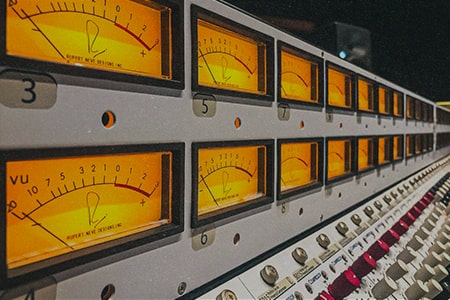 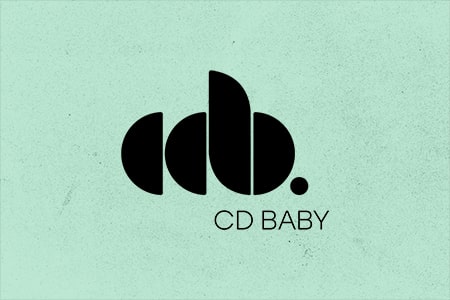 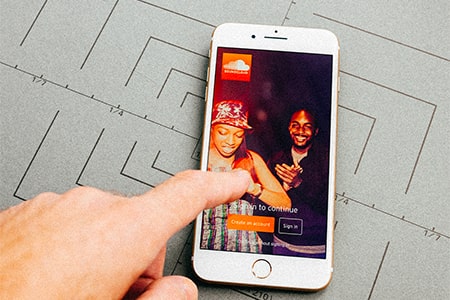 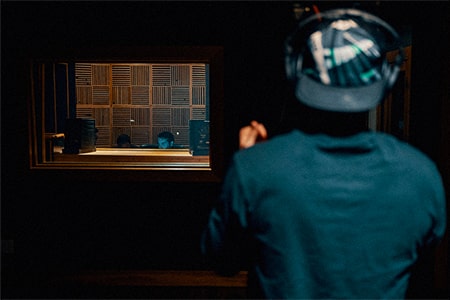